"Divided We Fall, United We Stand Because a Son Needs a Daddy, to become a Man"

Kevin Muldrow aka MullyMan was born in Baltimore, Maryland now resides in Atlanta, Georgia and was Bmore's most nationally recognized hip hop artist back in 2009. MullyMan's video "I Go Harder" was featured on MTV JAMS, MTV2, and Music Choice. MullyMan was also featured on MTV JAMS "Hood Fab" segment "D.C. Vs. Baltimore" edition were he competed against Wale. Kevon Re'mon'te (MullyMan's father) is formerly of the groups ' The Main Ingredient, The New Jersey Mass Choir and "Th
53 views0 comments 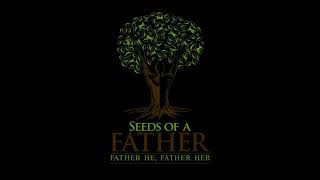 Our iREAD Initiative encourages children, youth and adults to grow in their literacy skills. We know and believe that language, reading and writing Resoundingly Expands Academic Development and must be modeled early in life. We believe that modeling literacy skills are the most effective way Research suggests that early language and literacy development play a critical role in the shaping of brain development. We at Seeds of a Father support learning that is interactive and e
21 views0 comments